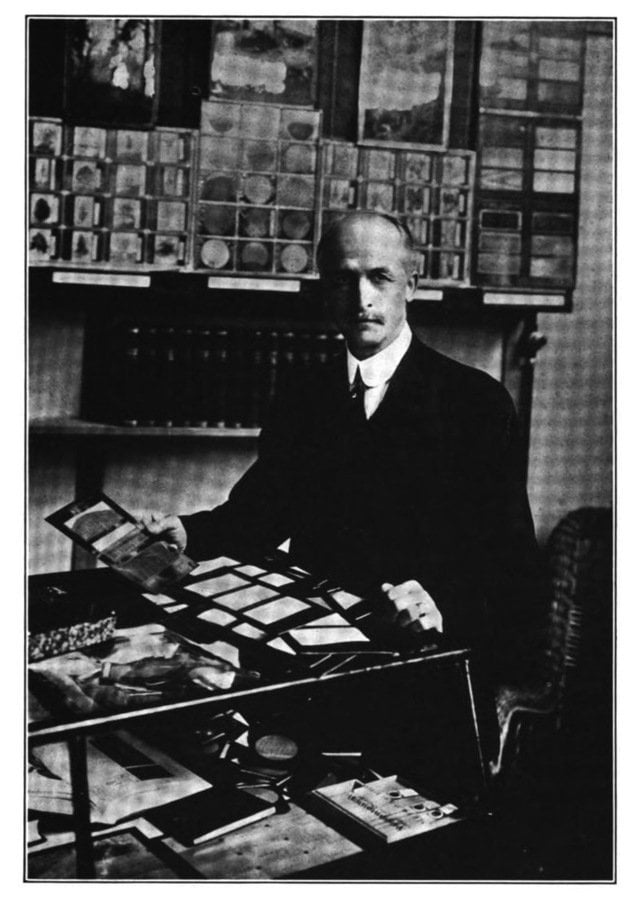 This name is inseparably connected with the formative period of history in Northern New York. Posterity is deeply indebted to Dr. Franklin B., Hough for his care in learning and preserving the history of early settlements in Lewis, Jefferson, Franklin and St. Lawrence counties. The ancestry was located early in Massachusetts, and worthy sons have been instrumental in settling and developing many sections of the United States. Many physicians have been found among the descendants, but most have been mechanics or tillers of the soil.

Colonel George Walton Flower, the subject of the following memoir, was of English descent, his ancestors, known by the name Floier, holding large possessions in Devonshire at the time of the Conquest. One of the ancestors, Captain William Floier, was born near the city of Exeter in 1450 and accompanied the army of King Edward IV in the descent on France in 1490. He married Phillipa Crooke and became later a resident of Willston, Dorsetshire. Of his three sons, William, born 1530, married Elizabeth Kirk.